Yes, Please. No Thank You.
Your Contact Form has been sent successfully. Close this notice.
7 months ago · by HealthInsurance4Everyone · Comments Off on UAW Striker Killed in Tennessee 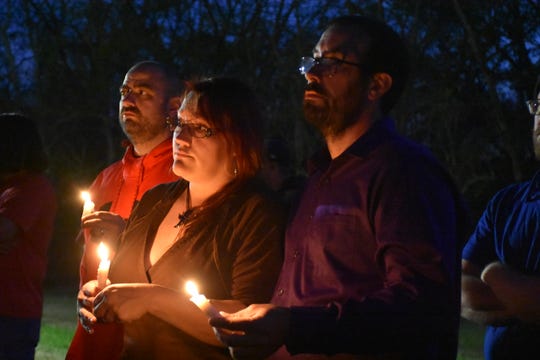 As the GM strike continues, picketers received some bad news from Tennessee.  A striking United Auto Worker union member was hit by a car and killed outside the General Motors plant in Spring Hill where workers were maintaining an active picket line. The UAW said in a statement that 55-year-old union member Roy McCombs “tragically lost his life today on a picket line standing up for a better life for himself and his coworkers.”

McCombs was hit on a bridge outside the GM plant as he was crossing the road to get to the picket line around 6 am.  McCombs was transported to a hospital and pronounced dead in the emergency room, said Lt. Jeremy Haywood of the Columbia police department in Columbia, Tennessee.  The driver who hit McCombs was cooperating with investigators.

Local 1853 Chairman Mike Herron said, “Sergeant Orlando Cox from the Columbia Police Dept. will be releasing a statement shortly that will describe this event as an innocent tragic accident. He has asked that everyone refrain from going to the South Gate for safety reasons. He requested that any vigils be held at our union hall and not in the vicinity of this accident — to ensure the safety of the participants.”

Herron said the UAW local sends thoughts and prayers to McCombs’ family as well as the driver, “who was on her way to drop off her kids at the day care center located at the south exit when this tragic accident occurred.”  All strike activity has ended at the South Gate of the plant and no pickets will be set up there in the future, Herron said. Also, the UAW crisis team has been called in and will meet personally with UAW members that were on the South Gate at the time of the accident as well as McCombs’ coworkers on the third shift.

UAW members at Spring Hill have taken part in picketing as part of the union’s nationwide strike against GM since Sept. 16 though it’s been contentious from the start.  Maury County sheriff’s deputies in Tennessee had arrested nine protesters on Sept. 18 when they refused to stop blocking the south entrance to the plant. A 10th arrest came when someone drove recklessly through plant’s entrance, sheriff’s officials said.

A court in Tennessee granted GM’s request to prevent UAW picketers from blocking the entrance to the factory.  The order was in effect until Oct. 8. It followed several arrests at the plant since GM’s 46,000 UAW workers went on strike.  “After dialogue failed to stop the incidents of harassment, violence and vandalism by a few people, we had to take necessary actions to protect everyone involved,” GM said at the time.  The order barred the UAW and its members from blocking entrances, detaining vehicles, creating obstructions on roadways or “assaulting, intimidating, falsely imprisoning, harassing or destroying the property of GM employees” and others at the plant.