Yes, Please. No Thank You.
Your Contact Form has been sent successfully. Close this notice.
6 months ago · by HealthInsurance4Everyone · Comments Off on Trial for Ex CIA Engineer Begins 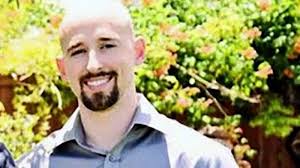 The trial has begun for a former CIA software engineer that allegedly leaked a massive trove of the agency’s secret hacking tools to take revenge on his former colleagues and bosses.  Joshua Schulte, 31, is charged with disclosing classified information to WikiLeaks after allegedly stealing it from a secretive CIA unit where he worked. In more than 8,000 pages of material published in 2017 — known as the Vault 7 leaks — WikiLeaks showed how the CIA breaks into smartphones and Internet-connected devices, including televisions.

The disclosure “was the single biggest leak of classified national defense information in the history of the CIA,” Assistant U.S. Attorney David Denton told jurors. Denton said that as a result of the disclosure, CIA operations had “come to a halt,” U.S. intelligence officers serving overseas had been exposed and American adversaries were able to turn cyber weapons developed by the CIA against the United States.

Schulte’s lawyers have described the government’s charges as vague and overreaching. They also complained that prosecutors have been slow to share information about their case with the defense and placed burdensome rules on the handling of classified information.  Sabrina Shroff, Schulte’s lead defense attorney, accused the government of prosecuting Schulte out of embarrassment over losing such a huge volume of sensitive information, and because he was “an easy target.”

Shroff said that the government had no conclusive evidence that tied the leaks to Schulte, and that the network from which the hacking tools allegedly were stolen was open to “hundreds” of people.  Schulte himself has said previously that he was targeted for speaking out against what he described as incompetent CIA management. From 2010 to 2016, Schulte worked in the CIA’s Engineering Development Group, which produced the computer code published by WikiLeaks.

Schulte claimed that he reported “incompetent management and bureaucracy” at the CIA to the agency’s inspector general and to a congressional oversight committee. He asserted that when he left the CIA, he immediately became a suspect in the leak as “the only one to have recently departed the engineering group on poor terms.”

On March 13, 2017, less than a week after the original WikiLeaks publication, FBI agents searched Schulte’s apartment in New York, where he had moved to take a new job after leaving the agency, and found a computer server and several external drives, as well as notebooks and handwritten notes, court filings show. Schulte was not arrested and denied to FBI agents that he had leaked the CIA materials.  In August, Schulte was arrested after investigators searching his computer found evidence of child pornography, including more than 10,000 photos and videos, prosecutors alleged. He has pleaded not guilty to those charges, which will be tried separately.