Yes, Please. No Thank You.
Your Contact Form has been sent successfully. Close this notice.
8 months ago · by HealthInsurance4Everyone · Comments Off on Supreme Court Hears Arguments in Death of Mexican Teen 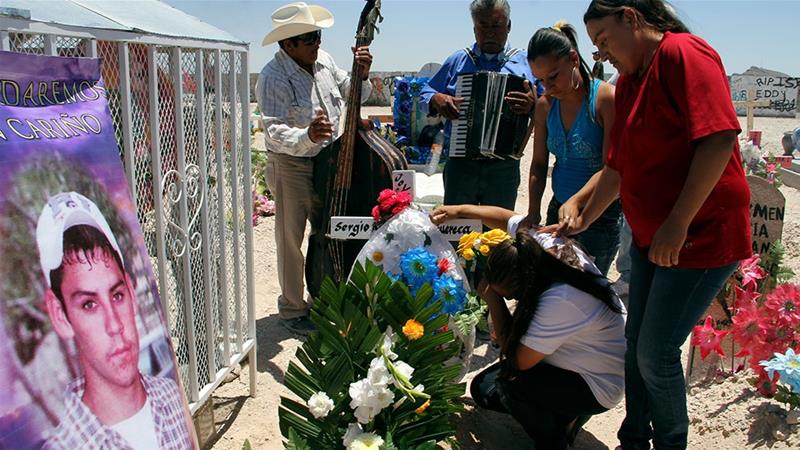 The Supreme Court began hearing oral arguments in the case of slain Mexican teenager killed by a US Border Patrol agent.  The court heard arguments in the family’s appeal of a lower court’s ruling dismissing their case against the agent, Jesus Mesa, who had fired across a concrete spillway into Mexico from the Texas side of the border during the 2010 incident, striking 15-year-old Sergio Adrian Hernandez Guereca in the face.

The incident took place in June 2010 on the border between El Paso and Ciudad Juarez in Mexico. The Border Patrol said at the time Hernandez was pelting U.S. agents with rocks from the Mexican side of the Rio Grande when he was shot.  Witnesses say Sergio and his friends were playing a game of chicken where they would run up the embankment, touch the barbed-wire fence on the U.S. side, and then sprint back.   As they were playing, smugglers were nearby, throwing rocks at U.S. Customs and Border Protection agents.  At some point, Agent Jesus Mesa, Jr. showed up on a bicycle and detained one of Sergio’s friends. Sergio ran back into Mexican territory and hid behind a bridge pillar. Standing on U.S. soil, Agent Mesa fired at least two shots across the border at Sergio, striking him in the face and killing him.

Following Sergio’s death, his parents, Jesus Hernandez and Maria Bentacour, sued the United States government, Agent Mesa, and Mesa’s supervisors. Their attorneys argue that Sergio—despite being a Mexican national—was nevertheless protected by the Fourth and Fifth Amendments, since he was killed by a federal officer who fired from American soil.  The U.S. Department of Justice investigated the shooting but decided in 2012 it was “a reasonable use of force or would constitute an act of self-defense.” Federal prosecutors refused to indict Mesa. The Mexican government, on the other hand, charged Mesa with murder, but the United States won’t extradite Mesa so he can face trial.

With criminal prosecution off the table, Sergio’s family sought justice through a civil lawsuit. During arguments, liberal justices expressed concerns over providing no legal relief to the families of people who have been killed in cross -border shootings by U.S. agents, essentially allowing federal officers on American soil to act unlawfully with impunity.  During the arguments, conservative justices appeared to lean toward the administration’s concerns while liberal justices voiced worry about leaving individuals with no way to hold federal officers accountable for unlawful conduct. The court has a 5-4 conservative majority.

The dispute hinges on whether the family, despite Hernandez having died on Mexican soil, can seek monetary damages against what they call a “rogue” agent for violating for the U.S. Constitution’s Fourth Amendment, which bars unjustified deadly force as well as Hernandez’s right to due process under the Constitution’s Fifth Amendment.  For the family’s lawsuit to move forward, the Supreme Court would have to widen the scope of its 1971 decision allowing certain suits against federal officials. That case, referred to as the Bivens action, involved a domestic search.

The high court previously considered Hernandez’s case in 2017 but did not decide the central legal question, instead directing the New Orleans-based 5th U.S. Circuit Court of Appeals to reconsider its ruling that had barred the lawsuit. The 5th Circuit last year again ruled against the family, prompting a second trip to the Supreme Court where they will again decide if the Bivens act should be extended and Mesa held accountable.