Yes, Please. No Thank You.
Your Contact Form has been sent successfully. Close this notice.
8 months ago · by HealthInsurance4Everyone · Comments Off on Founder of Insys Sentenced For Role In Opioid Epidemic

Founder of Insys Sentenced For Role In Opioid Epidemic 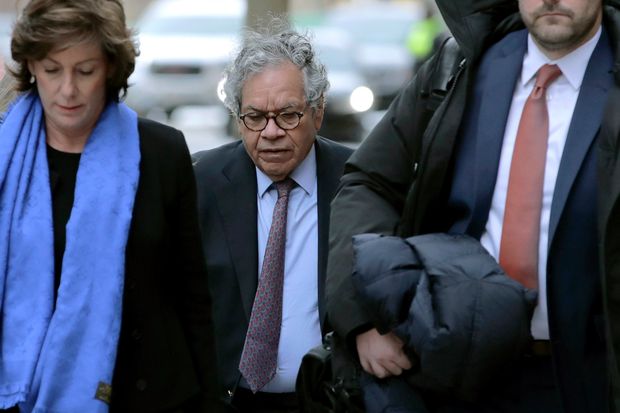 Former billionaire and pharmaceutical executive John Kapoor has been sentenced to five years and six months in prison. His sentencing is the first successful prosecution of a pharmaceutical executive tied to the opioid epidemic.  The 76-year-old is the founder of Insys Therapeutics, which made and aggressively marketed the potent opioid painkiller Subsys.  Kapoor’s 66-month prison term is substantially less than the 15-year sentence recommended by federal prosecutors, but it is more than the one year requested by his defense attorneys.  U.S. District Judge Allison Burroughs explained that she reached the lesser sentence after considering Kapoor’s advanced age and philanthropy, as well as “his central role in the crime.”

Kapoor and four other executives were found guilty last year of orchestrating a criminal conspiracy to bribe doctors to prescribe the company’s medication, including to patients who didn’t need it. They then lied to insurance companies to make sure the costly oral fentanyl spray was covered.  The painkiller, which was intended for cancer patients, could cost as much as $19,000 a month.  An investigative report found at least 908 deaths in which Subsys is a primary suspect.  The company entered into an agreement with the government to settle criminal and civil investigations.  Insys admitted to the kickback scheme and agreed to pay $225 million.  Shortly after the agreement was announced the company filed for bankruptcy.

Two other executives pled guilty and became cooperating witnesses.  Former CEO and President of Insys Therapeutics was sentenced in federal court for bribing practitioners to prescribe Subsys, a fentanyl-based pain medication, often when medically unnecessary.  Approved by the FDA only for cancer pain, doctors receiving kickbacks, prescribed the spray for routine back pain, migraines and other ailments.

Michael Babich, 43, of Scottsdale, Ariz., was sentenced to 30 months in prison, three years of supervised release, and ordered to pay restitution and forfeiture to be determined at a later date. In January 2019, Babich pleaded guilty to one count of conspiracy to commit mail fraud and wire fraud and one count of mail fraud, and agreed to cooperate with the government.  Insys sales chief Alec Burlakoff was sentenced to 26 months in prison for his role in the bribery and fraud scheme.  The sales executive hired a stripper as a Subsys sales representative to help persuade doctors to boost prescriptions. The woman, named Sunrise Lee, eventually was promoted to oversee a third of the company’s sales force.  She was sentenced to one year in prison for her role in the scheme.