Yes, Please. No Thank You.
Your Contact Form has been sent successfully. Close this notice.
8 months ago · by HealthInsurance4Everyone · Comments Off on Bodies of 39 People Found In Tractor Trailer in England

Bodies of 39 People Found In Tractor Trailer in England 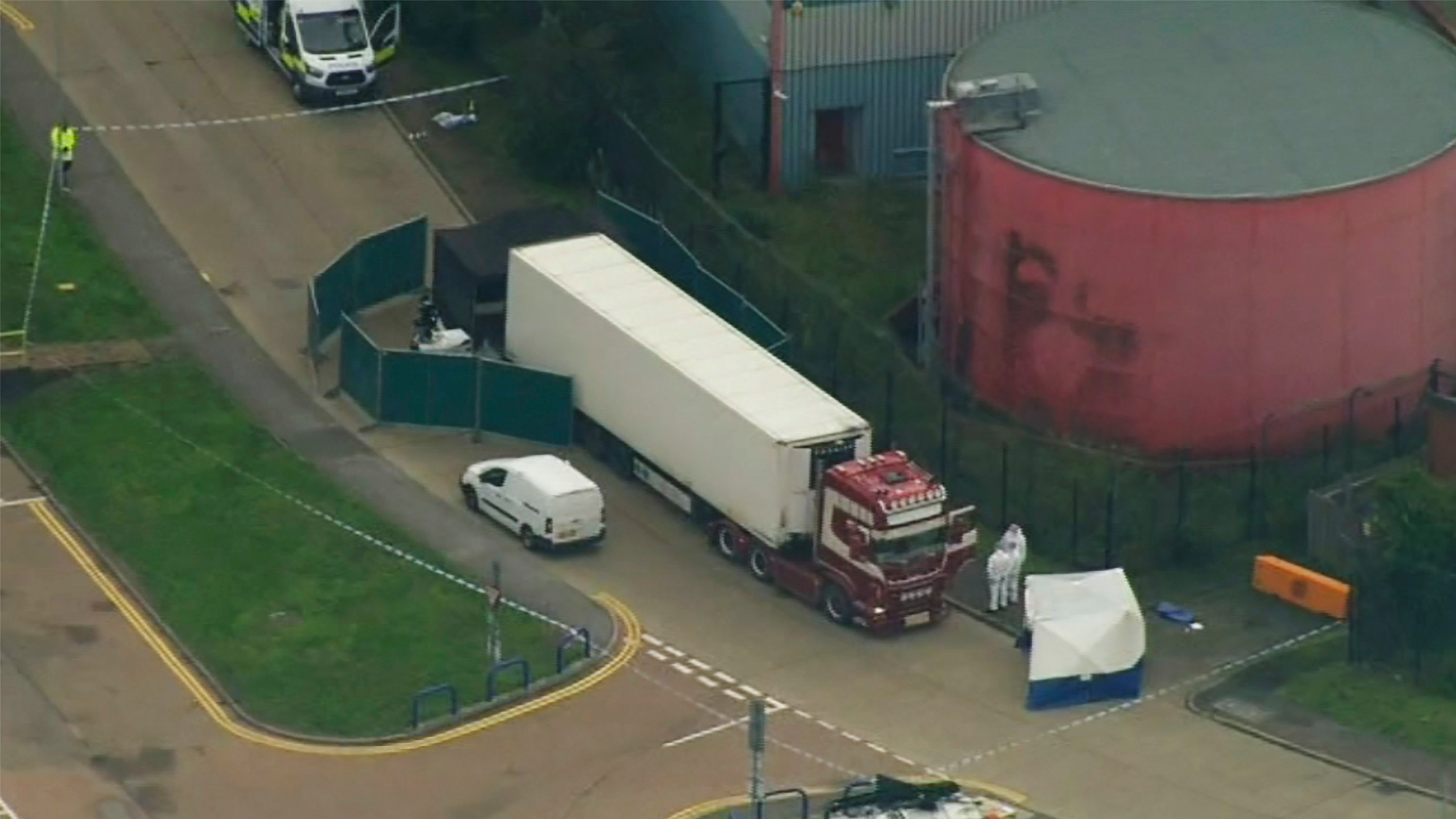 Britain police launched one of the largest murder investigations in decades after the bodies of 39 people were discovered in the back of a tractor-trailer at an industrial park east of London.  Emergency services were called to an industrial park in the town of Grays in Essex, 20 miles east of London, at around 1:40 a.m. local time when the vehicle was discovered to have people inside. Thirty-nine people were pronounced dead at the scene.

The victims were found in the refrigerator unit inside the truck.  Police confirmed that there were 8 women and 31 men inside the truck.  The Essex police department said it was not immediately clear if the victims froze to death or suffocated.  A police spokesperson said the truck had a Bulgarian license plate and entered the U.K. in Holyhead, Wales on October 19th.  Holyhead is one of the busiest ferry ports in the area with primary service to Ireland. Authorities called such a route into the U.K. “unusual.”

Investigators believe the refrigerated trailer started its deadly journey in Zeebrugge, Belgium to Purfleet, England, where it arrived early Wednesday. Police believe it the tractor traveled from Northern Ireland to Dublin, where it took a ferry to Holyhead in Wales before picking up the trailer at the dockside in England.  They have also suggested that two different trucks pulled the semitrailer at different times though it is not clear when the 39 people entered the refrigerated trailer.

Soon after, UK police have charged a 25 year old truck driver with 39 counts of manslaughter and conspiracy to traffic people in connection with 39 deaths in the back of the truck he was driving in southeastern England.  Police say Maurice Robinson, 25, of Craigavon, Northern Ireland.  He was the first of five people arrested in what is seen as one of the U.K.’s biggest cases of human trafficking.

U.K. police are struggling to identify the victims and said that very few documents were found inside the truck.  Authorities said the task is likely to be difficult since human traffickers normally take the passports of their passengers to obscure their identities, stripping them of their names and giving them new documents when they arrive at their destinations.  The victims are believed to have come from Asia and autopsies are being performed.

U.K. police say they’ve been in contact with Vietnamese authorities, even though they are not yet certain of the identities of those found dead in the refrigerated truck. The Vietnamese Embassy in London has set up a hotline for families to call about missing family members.  The Vietnamese government has also announced its own investigation into the deaths.  “The Embassy has sent a team led by the minister-counsellor in charge of consular affairs to Essex, England. They have met with the local police in an effort to verify the identity of the deceased, whose nationality still cannot be confirmed,” according to a statement from an embassy spokesperson.

Each year thousands of migrants die attempting to cross into Europe. Many sink to the bottom of the Mediterranean Sea without a trace. Others die on land and mountain routes. The International Organization for Migration estimates that 4,503 people are known to have died worldwide in 2018, with the highest number perishing in the Mediterranean Sea.