Yes, Please. No Thank You.
Your Contact Form has been sent successfully. Close this notice.
10 months ago · by Health Insurance 4 Everyone · Comments Off on Sri Lanka Easter Bombings 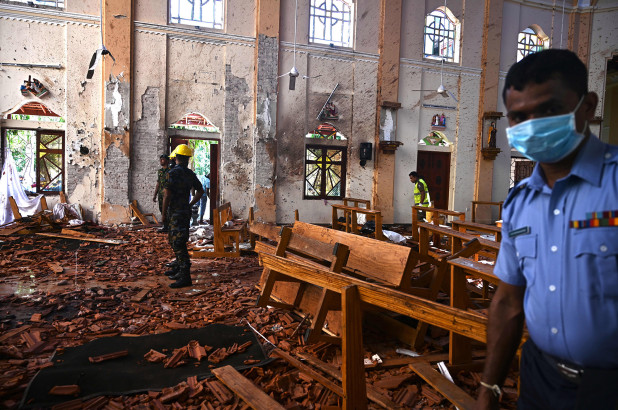 The death toll from Easter Sunday’s bomb attacks targeting hotels and churches in Sri Lanka has climbed to 359, as authorities said they defused another bomb in downtown Colombo and arrested more suspects.  Nearly 500 people were injured during the coordinated bombings across the island nation.  Sri Lankan officials say the attacks were a response to last month’s attacks on two mosques by a white nationalist gunman who killed 50 Muslim worshipers in the New Zealand city of Christchurch.

Sri Lankan officials say a little-known Muslim organization called National Thowheed Jama’ath carried out the series of Easter Sunday suicide bombings with another Sri Lankan group known as the JMI.  Officials also apologized for failing to respond to multiple tip-offs ahead of Sunday’s eight attacks.  A confidential memo which was ignored, circulated among Sri Lankan security agencies 10 days prior to the attack that warned of a possible attack and gave the names, addresses and phone numbers of some of the suspects.

The first round of deadly attacks hit busy Easter services at Catholic churches in the heart of Sri Lanka’s minority Christian community in and around the capital Colombo, as well as a Protestant church in the eastern city of Batticaloa.  Bombs also exploded in three luxury hotels in Colombo, with another blast striking a hotel near a zoo south of the capital, and a final blast at a private home believed to be tied to the attackers.

Sri Lankan President Maithripala Sirisena requested Pujith Jayasundara, Sri Lanka’s police chief, to step down over the failure to thwart the Easter Sunday attacks but ath first, the police chief refused.  Sirisena blamed Jayasundara and Hemasiri Fernando, the defense secretary, for not sharing advance warnings of the attacks with him.   Fernando resigned earlier in the week and Jayasundara later resigned.  Police are looking for 140 people with links to the Islamic State of Iraq and Levant (ISIL or ISIS), according to President Maithripala Sirisena.

President Maithripala Sirisena has revealed his short and long-term measures to bring back normalcy to the island nation coming to terms with the Easter bombings.  “Every household in the country will be checked. The lists of permanent residents of every house will be established to ensure no unknown person could live anywhere,” he said, pointing out that during the fight against LTTE, similar methods were adopted.  Sirisena acknowledged “a serious lapse” on the part of the country’s defence secretary and top police official, who failed to inform him about an April 4 letter from a “friendly foreign country” warning about a possible attack.

Despite the police having already detained a lot of suspects, they warned that some people believed by authorities to be linked with the attacks were still at large and may possess explosives.  Prime Minister Ranil Wickremesinghe has stated that the father of two of Sunday’s alleged suicide bombers, a leading businessman who is active in politics, has been arrested on suspicion of aiding his sons in carrying out the attacks.