Yes, Please. No Thank You.
Your Contact Form has been sent successfully. Close this notice.
9 months ago · by HealthInsurance4Everyone · Comments Off on Former Resource Officer Charged For Body Slamming 11 Year Old 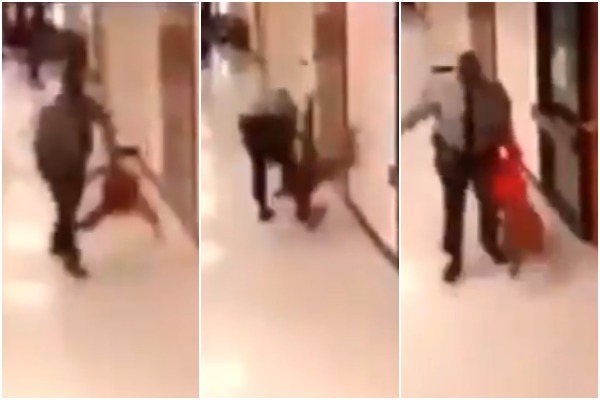 A former North Carolina school resource officer was fired after video surface showing him body slamming an 11 year old child went viral. The assault at Vance County Middle School was caught on surveillance video, which shows the school resource officer and a small boy walking down the hallway when the officer picks the boy up and throws him to the ground. The officer then picks the boy up again and slams him to the ground again. The officer, Warren Durham, was first placed on paid leave and was then fired as the disturbing video went viral.
District Attorney Mike Waters said Durham is also facing a misdemeanor assault and child abuse charges. The announcement came a day after the State Bureau of Investigation finished its probe into the incident. While the family wanted Warren Durham to face stiffer felony charges, Waters said state law left him no choice but to pursue misdemeanor charges against the ex-officer. “Despite the violent nature of this assault depicted in the video, the student did not suffer any fractured or broken bones, or sustain any injuries that could be defined under North Carolina law as serious bodily injury,” which are a prerequisite for filing felony charges, the district attorney said during a news conference.
Waters said he didn’t know what prompted the incident, but he echoed the sentiment of Vance County Sheriff Curtis Brame in saying that the cause wasn’t relevant. “Ï don’t think there’s any kind of training or anything like that that would lead someone to act in that way with an 11-year-old,” Waters said. The maximum sentence Durham will face is 120 days in jail. The video shows the Vance County Middle School resource officer walking down the hall with the student. He is then seen grabbing and slamming the child to the ground, then picking him up and doing it again before yanking the child up and continuing to walk down the hall.

The school alerted the sheriff’s office minutes after the incident. Durham had been with the department for two years and had had no prior incidents that raised concern.
The boy’s grandfather, Pastor John Miles said at a news conference that the family was
disappointed in the misdemeanor charges, but he thanked officials. “We wanted them to be felony charges,” he said. “But as the D.A. said, they went by the law book and they went by the guidelines.” Miles said previously that his grandson called his mother after the incident, and that an assistant principal at the school took him home. The boy’s
mother has said he has a bump on his head from the incident but was not hospitalized.

The Vance County school district said the incident was “unacceptable and egregious.” “We are disappointed, embarrassed and most of all, want to express our apologies to our community that this occurred,” the district said in a statement Monday. “No student should ever experience this anywhere, especially not in our schools. We are better than this.” Vance County Schools plans to modify its agreement with the sheriff’s office, Superintendent Anthony Jackson said at a news conference. He did not go into detail about what the modifications meant, but said the district will review protocols and procedures and ensure it is using best practices.