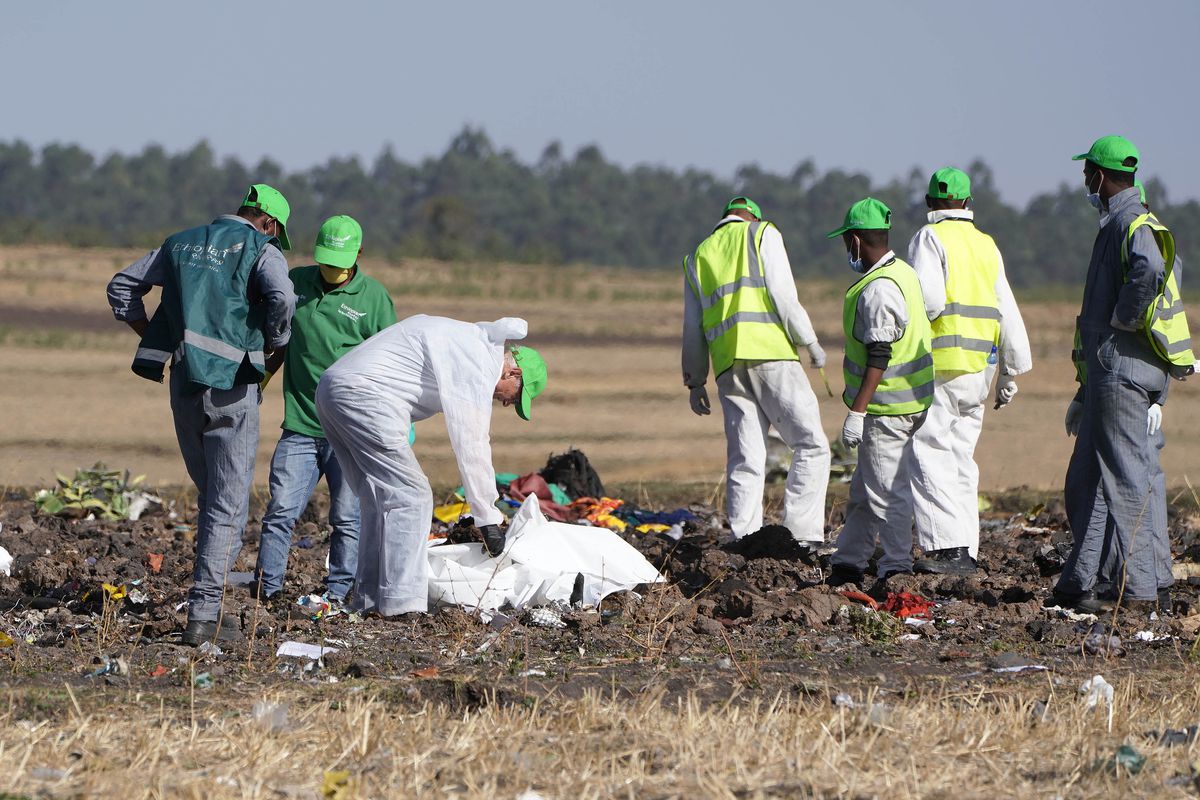 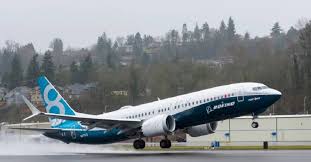 The Ethiopian transport minister has announced that early investigations have revealed clear similarities between the crashes of Ethiopian Airlines Flight 302 and October’s Lion Air Flight 610 in Indonesia.  The Transportation Department has launched investigations into regulators’ approvals of the Boeing 737 MAX 8, as well as into the development of the aircraft. Just after take-off, both flights, which killed all crew and passengers on board, experienced unpredictable climbs and descents before crashing.  Both pilots immediately recognized a problem and tried to return to the airport.

The United States and many other countries have grounded the Max 8s and larger Max 9s as Boeing faces the challenge of proving the jets are safe to fly amid suspicions that faulty sensors and software contributed to the two crashes in less than five months.  Both Lion Air Flight 610 and Ethiopian Airlines Flight 302 lacked an optional safety feature that could have saved the lives of 346 people.  The safety feature, called an “angle of attack indicator” and an “angle of attack disagree light”—are indicators that Boeing offers only at an additional cost.  Another similarity believed to have played a role in both crashes is that the planes’ automated “anti-stall” systems inadvertently pushed both planes’ noses downward.

Pilot training requirements on this software came under scrutiny in the days after the March 10th crash with reports that the pilot and co-pilot had never received updated training on a Boeing 737 Max 8 simulator, even though the airline had the technology available since January.  A cockpit recording indicates that the pilots of the doomed Flight 302 were referencing safety manuals but were unable to fix the problem before they crashed.  Officials are probing why pilot manuals did not address the feature.  Reports are now emerging that the Lion Air flight almost went down the day before the deadly accident, but an off-duty pilot riding in the cockpit knew how to disable a malfunctioning flight control system, which was likely pushing the nose of the plane down.

U.S.-based manufacturer Boeing, which is now under heightened scrutiny around the world, has said previously pilots who have flown earlier models didn’t need additional training.  Transportation Secretary Elaine Chao ordered an audit of the training and certification process for Boeing’s 737 MAX 8 aircraft.  U.S. prosecutors are also looking into the development of Boeing’s 737 Max jets and a Justice Department probe will examine the way Boeing was regulated by the U.S. Federal Aviation Administration (FAA).

Boeing has said it has “full confidence” in the planes’ safety. Engineers are making changes to the system designed to prevent an aerodynamic stall if sensors detect that the jet’s nose is pointed too high and its speed is too slow.  American Airlines pilot and  spokesman for their union, Dennis Tajer said that airline officials told the unions that Boeing intends to offer pilots about a 15-minute iPad course to train them on the new flight-control software on Max jets that is suspected of playing a role in the crashes.  He called that amount of training unacceptable.  “Our sense is it’s a rush to comply — ‘let’s go, let’s go, let’s go,'” Tajer said. “I’m in a rush to protect my passengers.”

These disturbing updates come as families of victims of last October’s Lion Air crash say they were pressured by the airline to sign a pledge not to pursue legal action against the company, in exchange for about $90,000 in compensation which was the minimum amount the families were entitled to under Indonesian law. 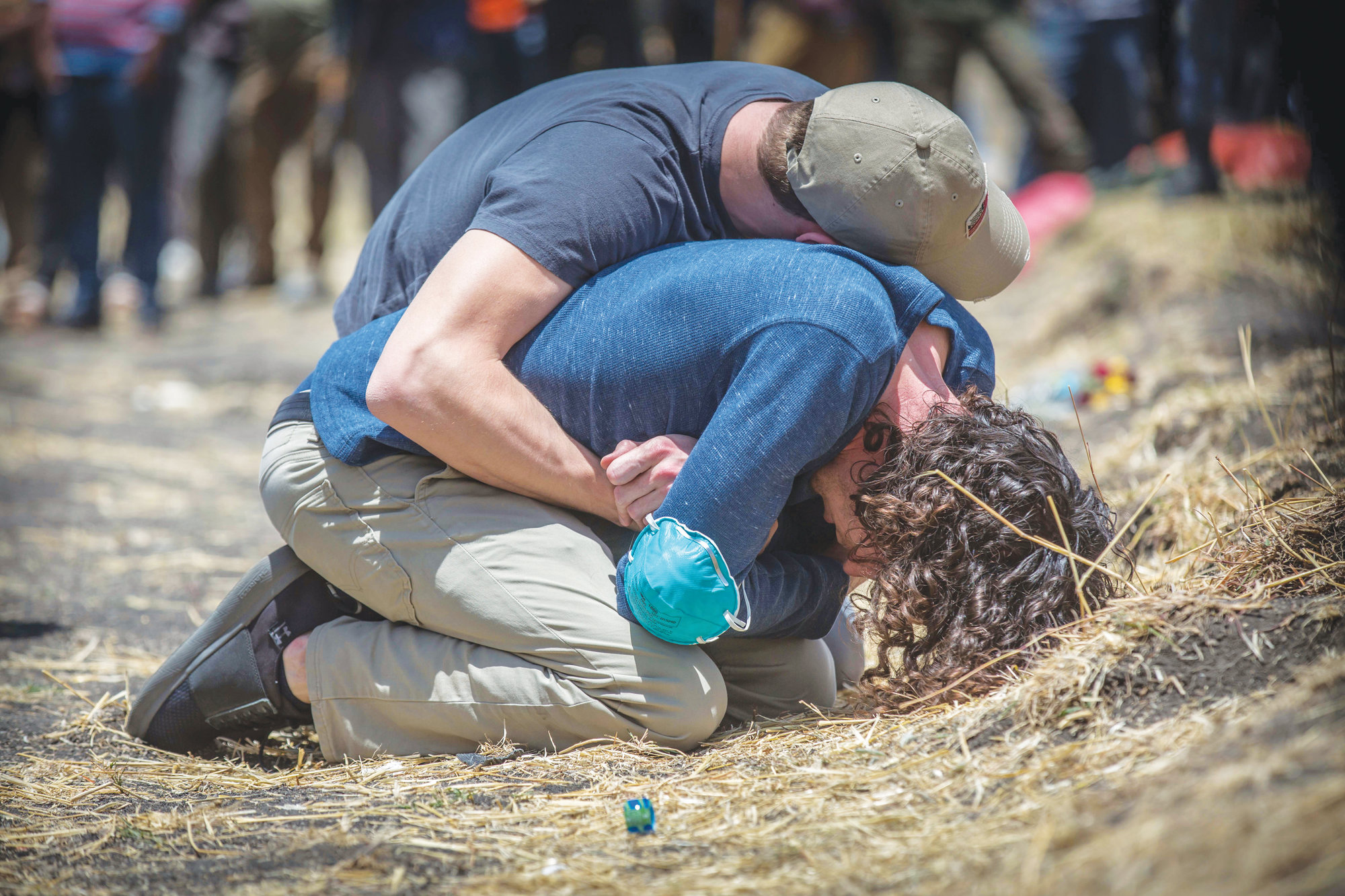 An Ethiopian Airlines flight traveling from the Ethiopian capital Addis Ababa to Nairobi, Kenya, crashed, killing all 157 passengers and crew on board. The Boeing 737 Max 8 jetliner was carrying passengers of 35 different nationalities, including eight Americans and 21 United Nations staffers.  Sunday’s crash triggered a global grounding of Boeing 737 Max 8 jets after data suggested similarities between the Ethiopian Airlines Flight 302 crash and the Indonesian Lion Air Flight 610 crash in October that killed 189 people.

The pilot of the Boeing 737 jetliner that crashed Sunday immediately noticed trouble as the plane accelerated wildly after takeoff.  Within one minute of Flight 302’s departure, Captain Yared Getachew calmly reported a “flight control” problem.  “Break break, request back to home,” the captain told air traffic controllers as they scrambled to divert two other flights approaching the airport. “Request vector for landing.”

Air traffic controllers knew the plane was in trouble even before the pilot radioed in that he wanted to turn the plane around.  They noticed the plane’s speed accelerated inexplicably and it oscillated up and down by hundreds of feet.  Radar showed the aircraft’s altitude was well below what is known as the minimum safe height from the ground during a climb.  The plane appeared to stabilize and climbed to a higher altitude, but then began to speed up again in a way that is deemed unsafe.  The plane then sped up even more just before it disappeared from radar screens and crashed six minutes after takeoff.

The ill-fated flight crashed near the town of Bishoftu, about 39 miles southeast of Bole International Airport.  The plane’s crash left a large crater and debris from the Boeing 737 jet was broken into hundreds of small pieces, making the task of recovering each part complex. The largest engine piece on the site was around the size of a small table.  Several dozen forensic investigators and Ethiopian Airlines employees slowly combed the crash site in search of any evidence, raising their hands when they come across anything significant.

The flight data and cockpit voice recorders were sent to Paris where French aviation authorities will probe the heavily damaged black boxes for clues to the tragedy.  Preliminary conclusions will take several days and aircraft accident investigations can often take years to complete.  Senior Transportation Correspondent David Kerley said investigators will look into the MAX 8’s autopilot functions and the training of the pilots who flew the plane, as well as a mechanical part of the control system that alters the up-and-down movement of the plane’s nose.  The mechanism, called a “jackscrew,” is a threaded rod in the tail section of the aircraft that affects the plane’s stability.

Data from the “black boxes,” devices will provide further guidance for investigators as well as some answers for the families of the victims. The National Transportation Safety Board, an independent U.S. agency that investigates transportation accidents and issues widely-respected safety recommendations, also sent three additional investigators to assist in the analysis.

Many speculate whether the software in the plane’s autopilot system might have played a role in the Ethiopian Airlines crash, as it seemed to have done in the fatal crash of an Indonesian Lion Air 737 MAX 8.  In the October 2018 Lion Air crash, it appears the pilots failed to disengage the autopilot when the plane’s nose began pitching up and down.  It’s possible they were unaware of how to do so since some pilots have complained that the information to disengage autopilot was not readily available, and others have raised concerns about the adequacy of the training process.