Yes, Please. No Thank You.
Your Contact Form has been sent successfully. Close this notice.
10 months ago · by Health Insurance 4 Everyone · Comments Off on Stop & Shop Strike Ends 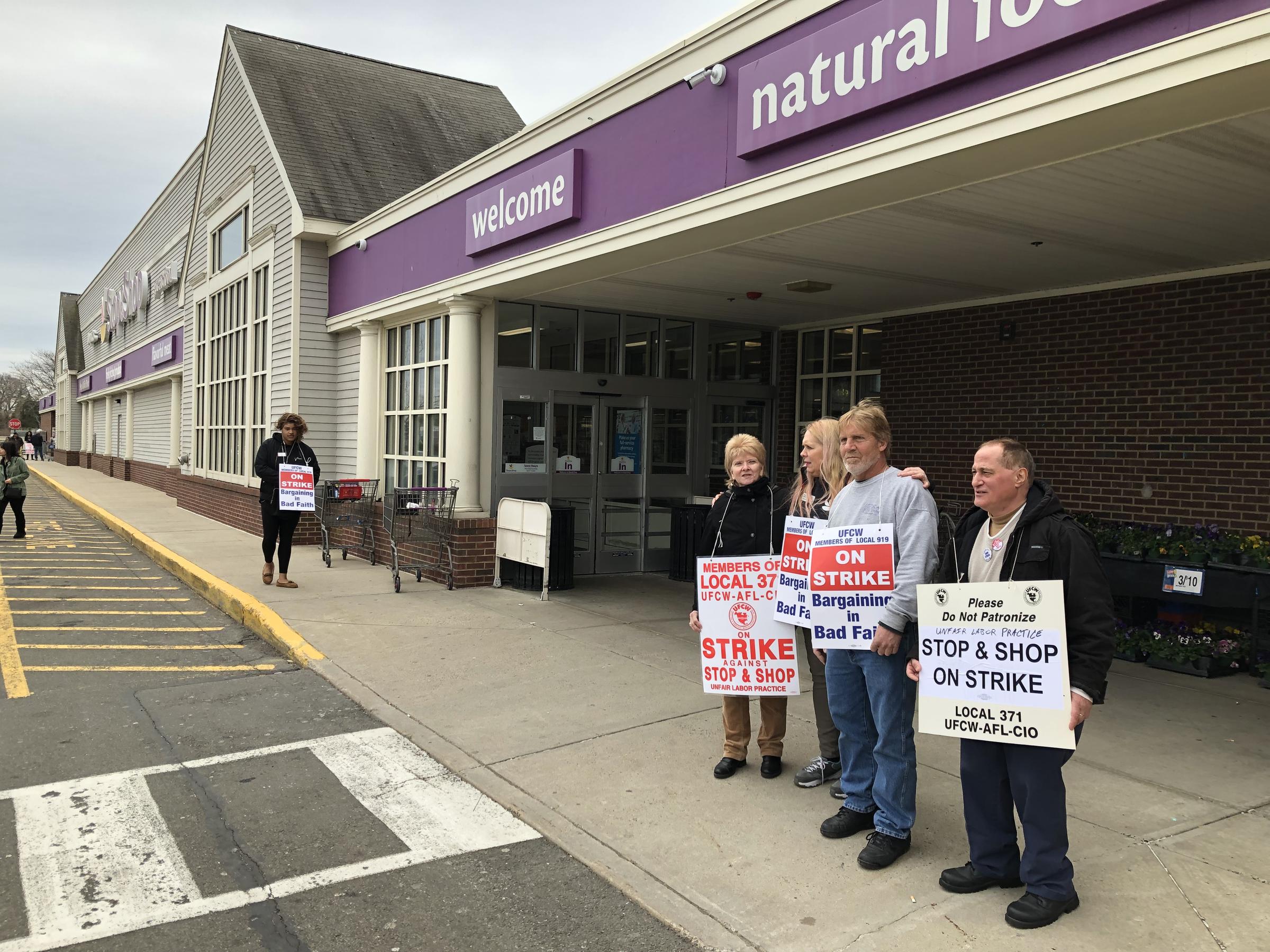 After more than three months of negotiations and 11 days on strike, over 30,000 Stop & Shop workers have reached a tentative agreement with the supermarket chain that they said met their demands for better pay, health care coverage and other benefits.  The employees, members of the United Food and Commercial Workers International Union at more than 240 Stop & Shops across Connecticut, Massachusetts and Rhode Island, returned to work on April 22 after reaching the deal on Sunday.

During an interview, union spokeswoman Jessica Raimundo said “The new contract does satisfy the different points of contention.  The agreement preserves health care and retirement benefits, provides wage increases, and maintains time-and-a-half pay on Sunday for current members.  Under this proposed contract, our members will be able to focus on continuing to help customers in our communities.”   Details of the proposed three-year agreement will not be made public until the 31,000 union members across five locals ratify the contract.

A previous three-year contract expired on Feb. 23, and workers had protested what they considered cuts in the new contract to health care, take-home pay and other benefits. Stop & Shop continued negotiations with the union throughout the strike.  During negotiations, Stop & Shop employees argued that the chain’s parent company, Ahold Delhaize, reported profits of more than $2 billion to its shareholders last year, and could afford to compensate workers better.

Stop & Shop is a subsidiary of Dutch supermarket giant Ahold Delhaize, with 415 stores across the Northeast. Workers at company stores in New York and New Jersey were not on strike.  Stop & Shop is one of the last remaining union shops in the industry and the largest grocery store chain in New England.

Workers on strike included cashiers, stockers, bakers, deli clerks and butchers.  When the strike began, Stop & Shops across the three states set in motion a contingency plan to keep the stores open. The chain sent out support staff members and temporary replacement workers to several supermarkets but some stores were forced to close during the strike.  The company limited its offerings amid the strikes. Stop & Shop President Mark McGowan said in a letter April 16 that most stores would remain open for 12 hours, seven days a week. However, he said bakery, customer service, deli, seafood counters and gas stations would not be operational.

Stop & Shop released a statement following the end of the strike and said it was thankful for its customers’ patience.  “The tentative three-year agreements, which are subject to ratification votes by members of each of the union locals, include: increased pay for all associates; continued excellent health coverage for eligible associates; and ongoing defined pension benefits for all eligible associates.  Our associates’ top priority will be restocking our stores so we can return to taking care of our customers and communities and providing them with the services they deserve. We deeply appreciate the patience and understanding of our customers during this time, and we look forward to welcoming them back to Stop & Shop.”