Yes, Please. No Thank You.
Your Contact Form has been sent successfully. Close this notice.
1 year ago · by Health Insurance 4 Everyone · Comments Off on Phoenix Police Issue Apology After Pulling Gun on Family After 4 Year Old’s Shoplifting 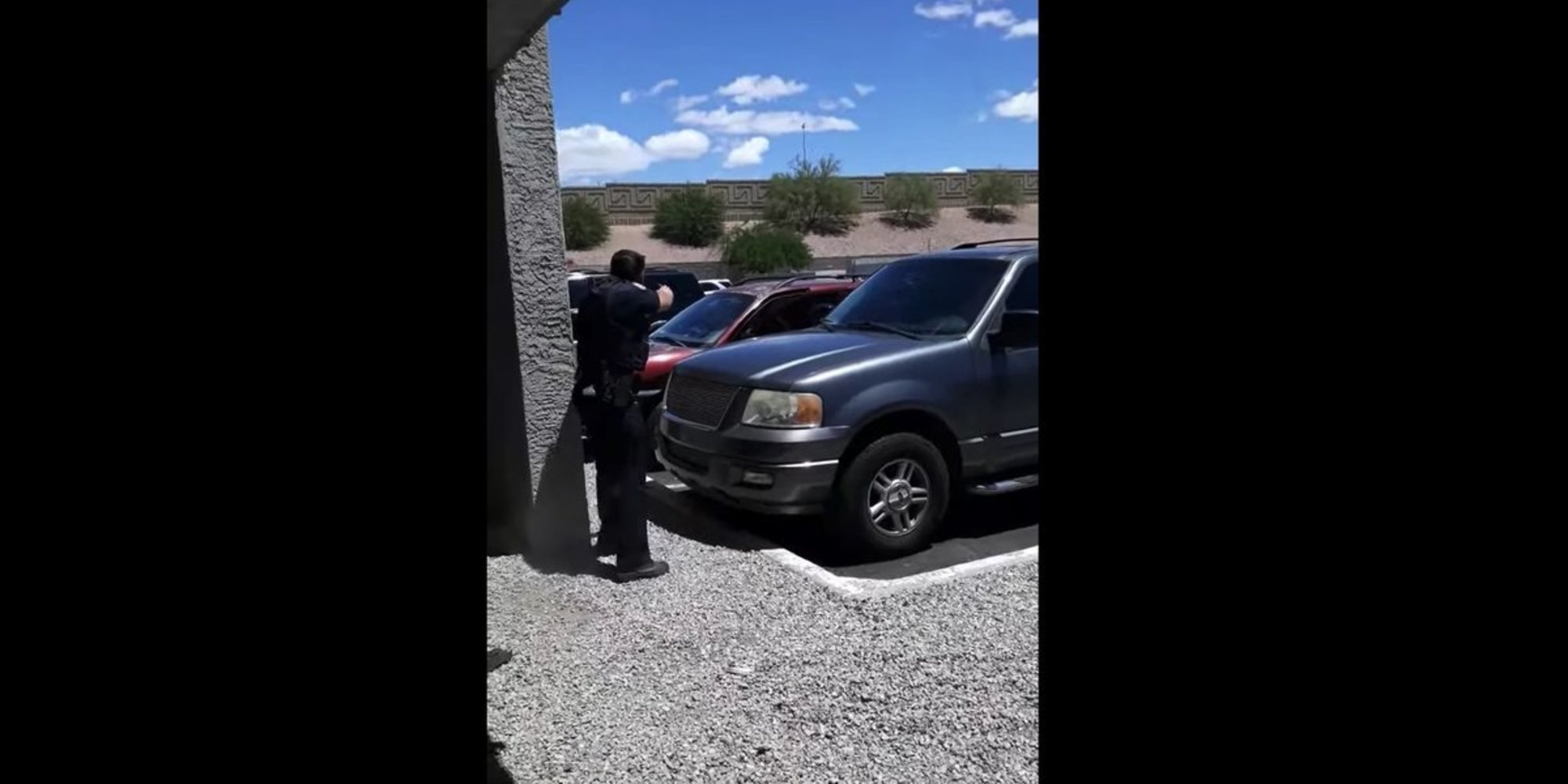 Phoenix’s mayor and police chief have both apologized after a video was released showing officers pointing guns and yelling at a family outside a Family Dollar store, after they say a 4-year-old girl took a doll from the store. The video, recorded by a witness, caused widespread outrage and showed the officers screaming orders at the father, pregnant mother carrying their baby and the young girl.  The police department became aware of the video on June 11th and the officers involved have been assigned to desk duty while their actions are being investigated.  The parents say the police officers violated their civil rights, and are filing a $10 million lawsuit.

On May 29, Dravon Ames and his fiancee, Iesha Harper, said they went on a family outing with their two children, London, 1, and Island, 4. Without their knowledge, Island took a doll from a Family Dollar Store.  A police patrol unit who was responding to the shoplifting report followed the couple’s car. The family entered their babysitter’s apartment complex and were still in the car as an officer approached the vehicle with his gun drawn and yanked open the front door.

“I’m going to put a cap in your a–,” one officer said to Ames as a second policeman, whose weapon was also drawn and pointed at Ames, walked up to the car, the video shows. “I’m going to shoot you in your f—ing face.”  The woman can be heard saying she is unable to hold her hands up because she is holding a child, and that she is pregnant.

The first officer — who has not yet been named by the department — pulled Ames, 22, from the car, pushed his head to the pavement, handcuffed him and yelled that Ames better follow orders, according to the claim. The officer threw Ames against the car, ordered him to spread his legs and “kicked him in the right leg so hard that the father collapsed.” Then, the officer dragged him upright and punched him in the back, the claim said.

Once Ames was handcuffed and inside the patrol car, the officers focused their attention on Harper and the children, according to the claim.  The two officers pointed their weapons at the visibly pregnant 24-year-old Harper and her children, the video shows.  “The first officer grabbed the mother and the baby around both of their necks, and tried to take the baby out of the mother’s hand,” the claim alleged. “He told her to put the baby on the ground, which she was unwilling to do because the baby could not walk, and the ground consisted of hot pavement.”

The officer tried to rip Harper’s youngest child from her arms, the claim stated. After Harper handed the children to a bystander, the officer threw Harper into the police car face first and then handcuffed her.  “I could have shot you in front of your f—ing kids,” he said, according to the claim.  The store manager declined to press charges so neither Ames nor Harper were arrested or ticketed, though they were detained by the police.  The notice of claim alleged that the police officers “committed battery, unlawful imprisonment, false arrest, infliction of emotional distress, and violation of civil rights under the fifth and 14th amendments of the United States Constitution.”