Yes, Please. No Thank You.
Your Contact Form has been sent successfully. Close this notice.
1 year ago · by Health Insurance 4 Everyone · Comments Off on Video Shows Broward County Deputy Assaulting Teen 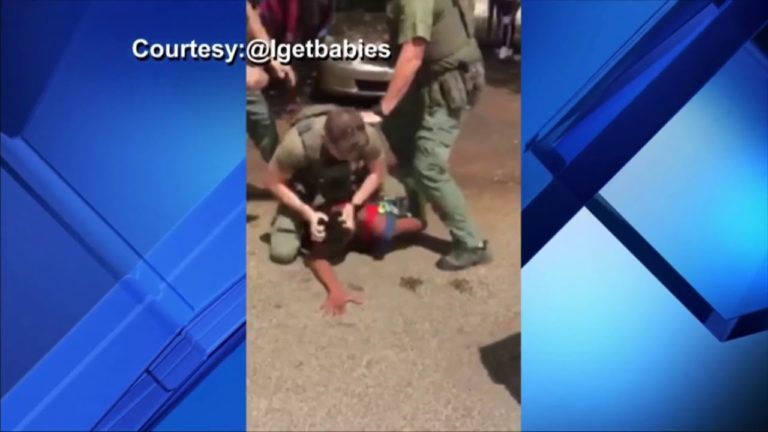 The Broward County Sheriff’s Department says it will probe the actions of officers caught on camera brutally assaulting teenagers after responding to a call about an after-school fight in a McDonald’s parking lot near their high school in Coral Springs.  Broward County Mayor Mark Bogen said in a statement that the deputy shown in the viral video should be fired.  The incident between the teen and deputy was captured on cellphone video by a group of teens who had gathered at a McDonald’s parking lot after school to watch two teens fight.

Broward Sheriff Gregory Tony said he would launch a “thorough investigation” into deputies who are shown on video pepper-spraying, tackling and punching teens near J.P. Taravella High.  “It may take some time but we will be transparent, and if folks need to be held accountable, it shall be done,” he said in a video statement.  One of the deputies involved, Christopher Krickovich, has been with the department for six years and is on restricted assignment pending the investigation.  The other deputy, Sgt. Greg LaCerra, has been with the Sheriff’s Office for 17 years and his status is unclear.

The cellphone video appears to show one deputy who responded to the scene restraining a teenager in the parking lot when another deputy pushes away a girl who appeared to grab a phone from the ground.  When another teen intervenes, the same deputy then uses pepper spray on the teen before grabbing him and taking him to the ground.  Two other deputies then jump in, one of them straddles the boy who is face down on the ground, punched him in the head repeatedly before grabbing him by the back of the neck and slamming his face into the pavement.  The victim, a 14-year-old student at J.P. Taravella High School, was left bleeding heavily and was later rushed to the hospital in an ambulance.

It all began with the initial 911 call at 2:55 p.m. reporting that several students had gathered in the Tamarac McDonald’s parking lot, a popular after-school hangout.  A follow-up call at 3:08 p.m. reported that kids were fighting.  Krickovich wrote in a police report that he and LaCerra saw a fight starting but it ended before they got close enough to break it up. They also spotted a student who had been warned not to trespass at the shopping center and arrested him.  “While I was dealing with the male on the ground, I observed his phone slide to the right of me and then behind me.

I observed a teen wearing a red tank top reach down and attempt to grab the male student’s phone,” Krickovich wrote.  The teen “took an aggressive stance” toward LaCerra, “bladed his body and began clenching his fists,” Krickovich wrote. At that point, one of the deputies pepper-sprayed and “quickly jumped on the male with the red tank top,” Krickovich wrote, saying he was fearing for his safety.  The teen’s “left arm was free and next to him, while he placed his right arm under his face. I struck the male in the right side of his head with a closed fist as a distractionary technique to free his right hand. This technique was successful and I was able to place him into handcuffs without further incident.”  Krickovich’s also stated in the police report that the three officers were outnumbered by about 200 students “who were yelling, threatening us and surrounding us, I had to act quickly, fearing I would get stuck or having a student potentially grab weapons off of my belt or vest.”